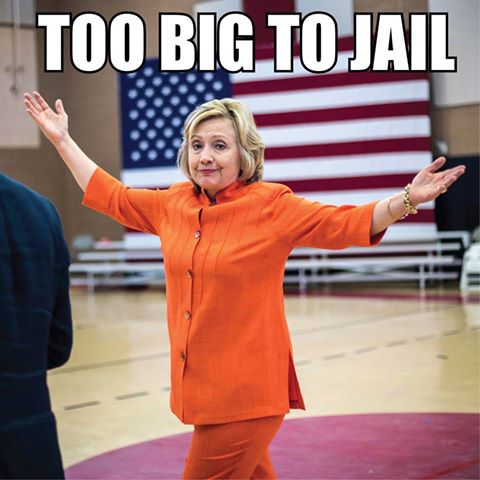 This morning, FBI Director James B. Comey announced the conclusion of the FBI’s investigation of Hillary Clinton’s use of a personal e-mail server during her time as Secretary of State. After citing numerous violations of law, including mishandling of information in a grossly negligent way, he announced that the FBI would not recommend to the Justice Department that she be prosecuted. If you’re outraged by this and view it as an egregious and bold admission of cronyism, especially considering the treatment of General Patraeus and countless “regular” people (i.e. people disconnected from the Washington power structure) who have committed lesser crimes, Comey would agree with you. “To be clear,” Comey blatantly confessed, “this is not to suggest that in similar circumstances, a person who engaged in this activity would face no consequences…But that is not what we are deciding now.” Wow.

Whether you believe Hillary Clinton should be prosecuted or not, this statement from the FBI leaves no doubt: your government officials are completely unaccountable. The FBI will recommend prosecution (or not) for arbitrary reasons disconnected from the facts, and give special favors and immunity to cronies and corrupt government elite.

On the day after celebrating our independence from oppressive, unaccountable British leaders and the subsequent establishment of the freest society in history, one is forced to wonder why we bothered with the Revolution at all. Was the single tyrant of King George really any worse than an an array of lesser tyrants supported by an entire bureaucracy of faceless enablers, all immune from prosecution? Arguably, we’d all be better off with a King. At least there would be no illusion of fairness, and we’d all know exactly who had their jack boots firmly planted on our necks. And as a bonus, there would only be one pair of those boots instead of a city full of them.