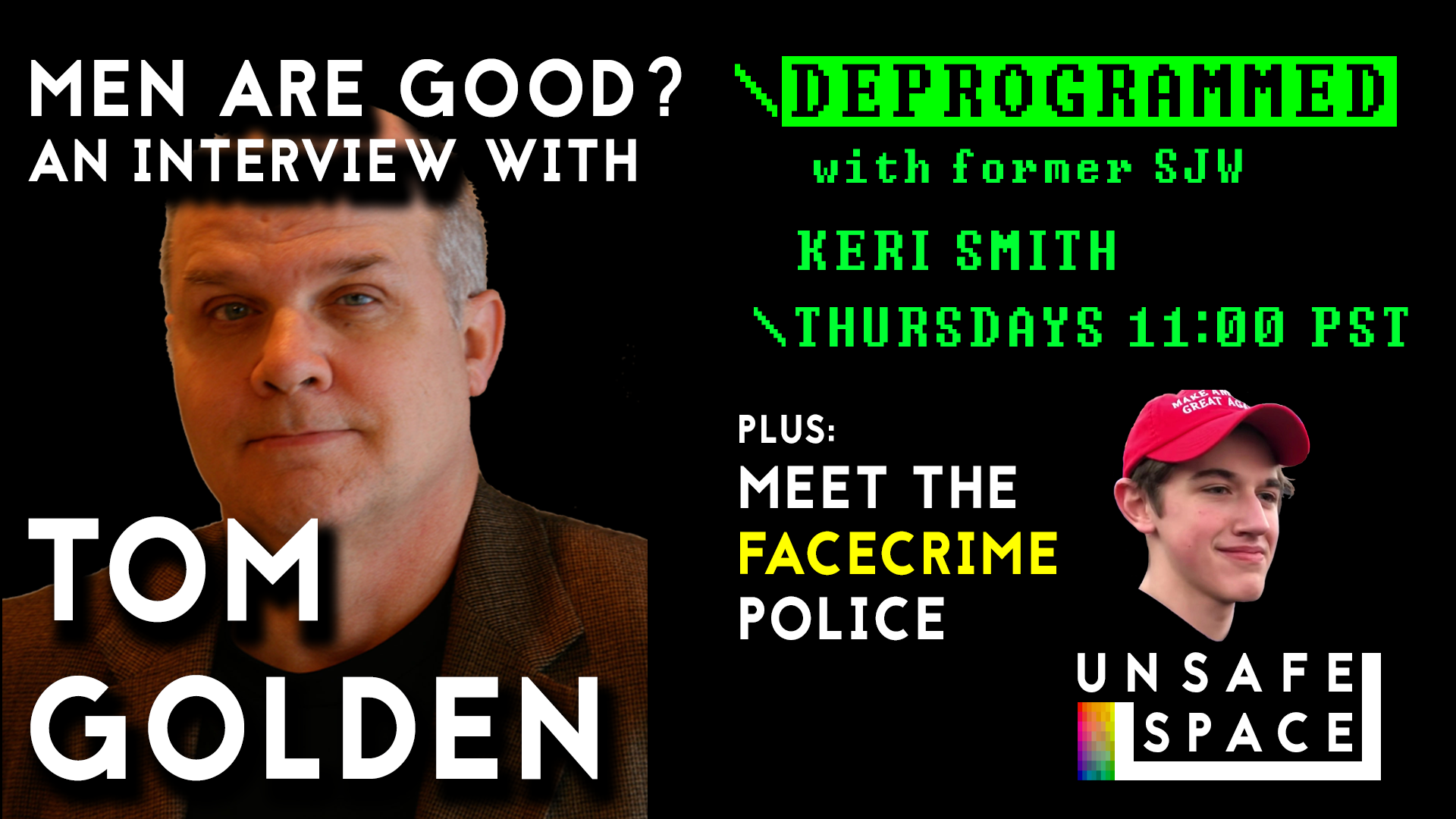 [Episode 054] Deprogrammed: Men Are Good? An Interview with Tom Golden

Carter and Keri chat with renowned therapist and men’s rights advocate Tom Golden. We’ll discuss the recent mainstream attacks on masculinity, including the APA guidelines for men and boys.

Tom is an author and psychotherapist who has specialized in working with men and boys. He has written three books on the unique ways that men and boys heal and has given workshops in Europe, Australia, the US and Canada. His work has been featured on CBS Evening News, CNN, NY Times, the Washington Post and many others. He recently appeared in the Red Pill movie and can be found at menaregood.com and on twitter @trgolden and on YouTube at youtube.com/1menaregood1

To contact the APA about their “Guidelines for the Psychological Practice with Boys and Men,” you can write the president-elect, Rosie Phillips Bingham, at her email address here: rbingham@memphis.edu

Keri and Carter will also chat about Nick Sandmann and the ruthless and unfounded vilification of Covington High School students by mainstream media over the weekend.