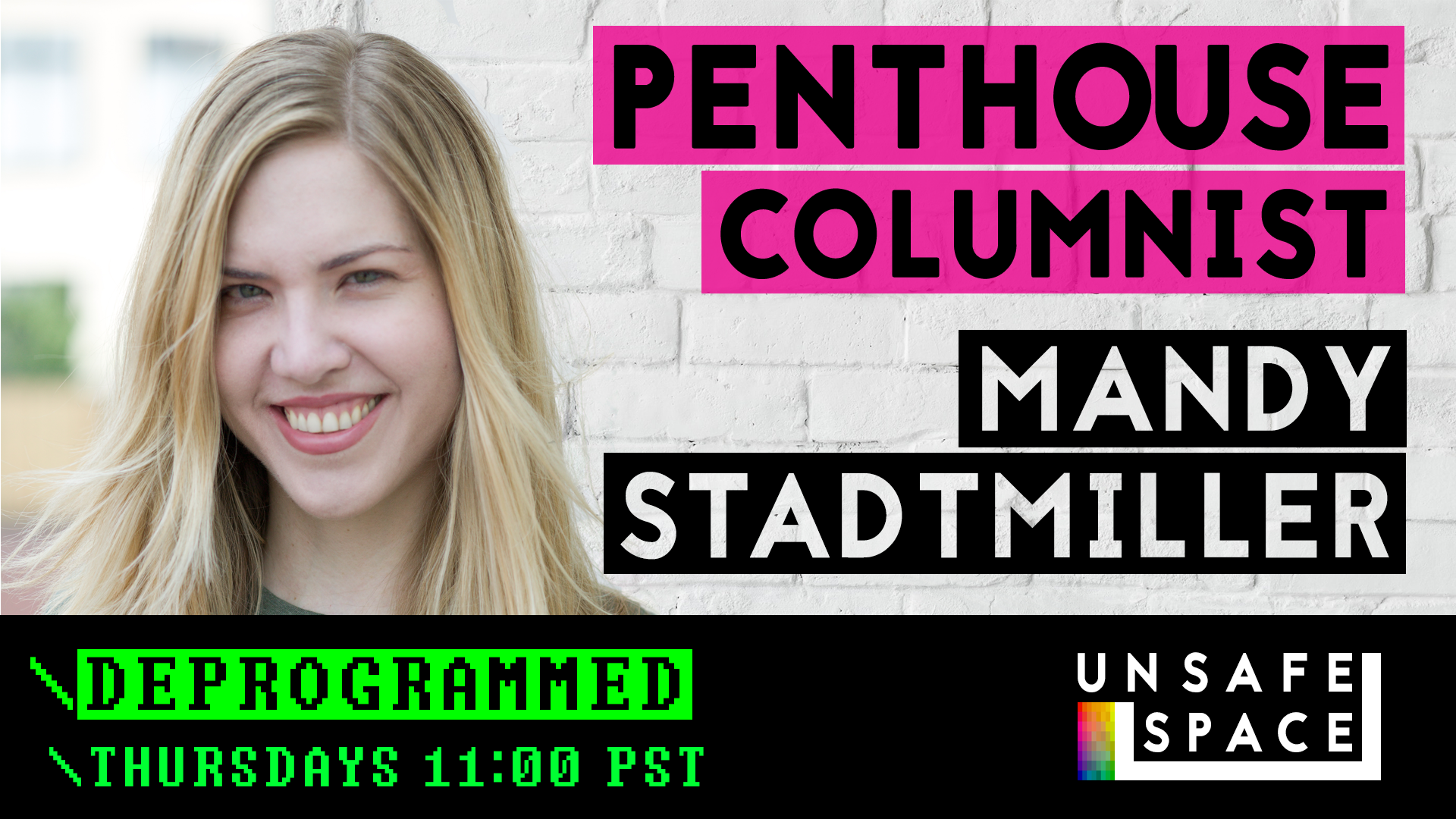 This week, Keri and Carter talk to Penthouse’s new advice columnist, Mandy Stadtmiller. An ardent defender of free speech, Stadtmiller’s recent article and associated video, “Does Judd Apatow Deserve to be Cancelled?” (link below) garnered attention for comparing the celebrity’s hypocritical newfound “wokeness” and associated tactics to the German Sasi. She describes Apatow as “a symbol of an extremely dangerous and disgustingly hypocritical kind of moral authoritarianism that is currently endangering free speech and comedy.” Stadtmiller’s recent memoir, “Unwifeable,” was released last year and is described by the New York Post, Marie Claire, and others as one of the “best” and “most unforgettable” books of 2018. Follow Mandy on Twitter at @mandystadt.

Join us for what’s sure to be an unforgettable conversation!

Check out some of Mandy’s work below:

— Her first piece on Judd Apatow can be found here: https://penthousemagazine.com/does-judd-apatow-deserve-to-be-cancelled/

— You can read her associated article about confronting angry mobs here: https://penthousemagazine.com/apatow-inspired-me-to-confront-my-fear-of-the-mob-2/

— And finally, her Penthouse advice column can be found here: https://penthousemagazine.com/unyourself-why-wont-my-wife-fuck-me/