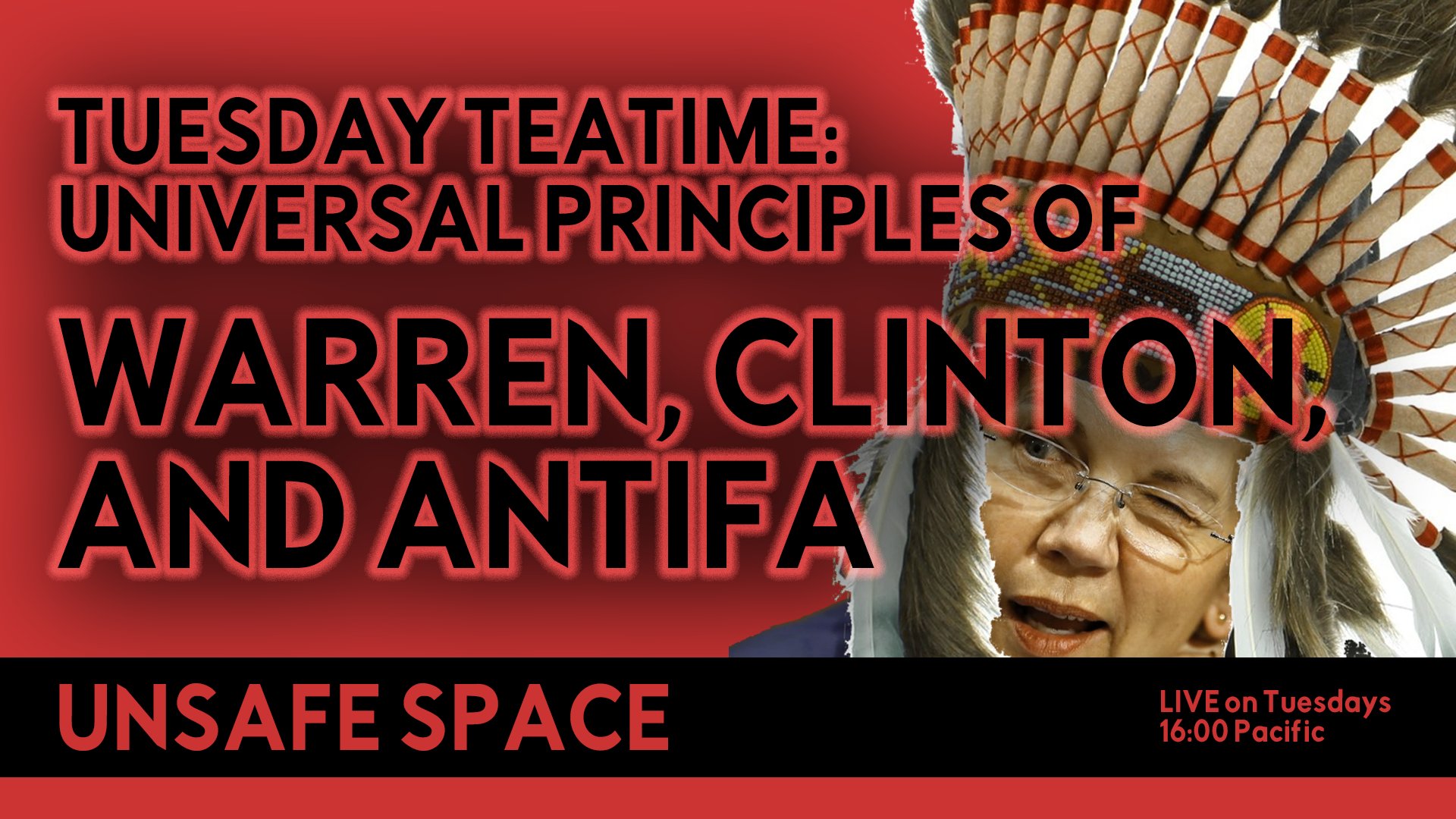 This week, I’ll talk about Elizabeth Warren’s Native American heritage (or lack thereof), Hillary Clinton’s fusion of political power and civility, and Antifa’s claim that speech supporting violent ideologies is in itself violence and can therefore be countered with violence.

About Teatime: All too often, politicians, pundits, celebrities, and the NPCs who parrot them fabricate “principles” of behavior in an attempt to win the argument du jour. But what happens if we actually accept these premises and apply them universally? What happens if we consistently “believe all women?”

Unless otherwise indicated, links to products listed on Amazon may be affiliate links for which Unsafe Space receives a small commission. © 2021 Unsafe Space. All rights reserved.