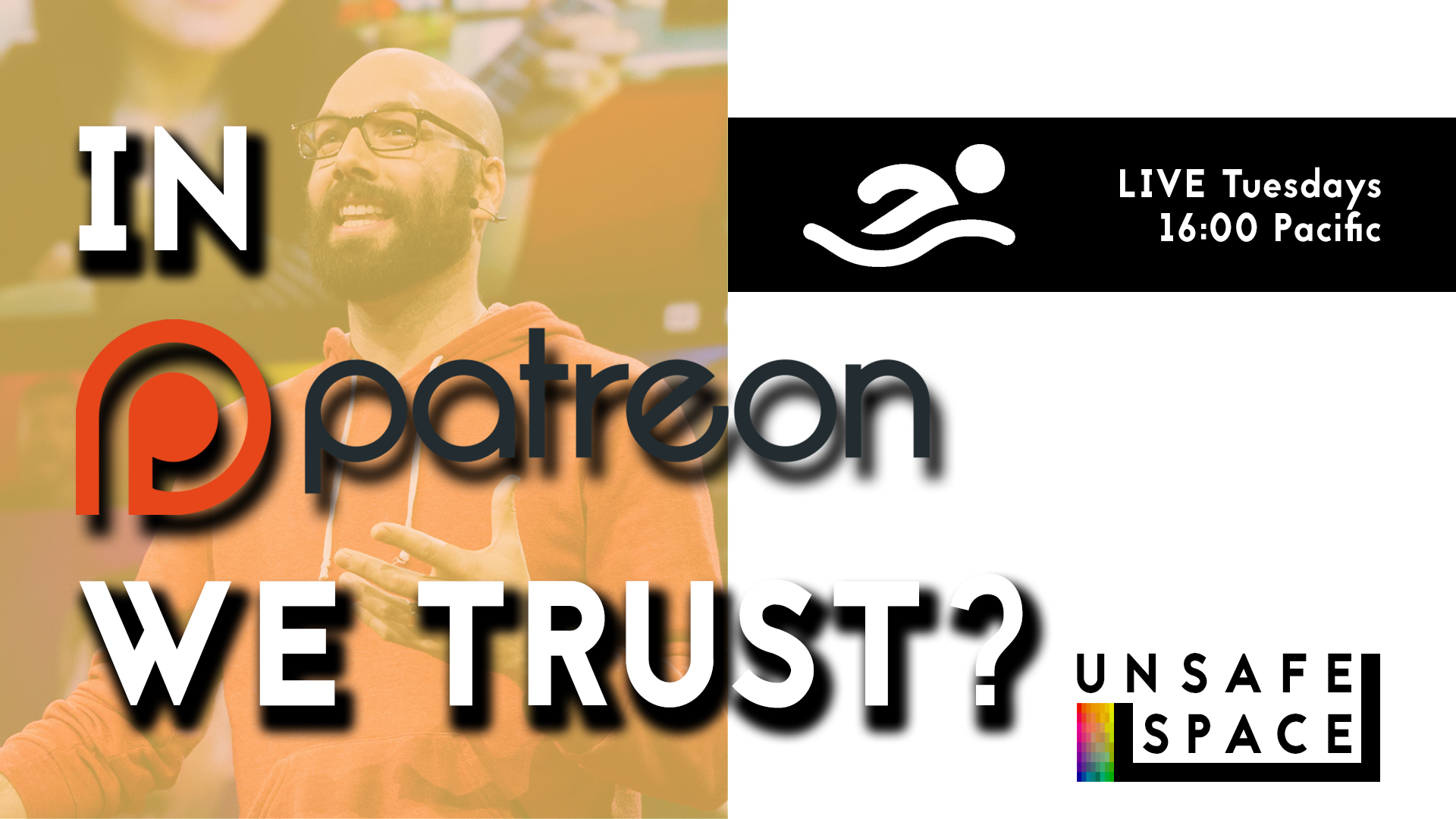 This week’s episode of Upstream was prerecorded.

This week on Upstream, Carter analyzes Patreon’s deplatforming of Carl Benjamin (Sargon of Akkad) and Milo Yiannopolous. With the decline of religion in America, are founders using their companies as platforms for moral advocacy?

Please join Carter for Upstream, and feel free to Tweet ideas/suggestions/comments to him at @unsafeshow, or leave them on Youtube.

All too often, politicians, pundits, celebrities, and other NPCs fabricate “principles” of behavior in an attempt to win the argument du jour. But what happens if we actually accept these premises and apply them universally? What happens if we consistently “believe all women?”

Every Tuesday at 16:00 Pacific, we’ll examine the cultural and philosophical roots behind popular narratives spun on Twitter, cable news, or elsewhere, and examine the ideas that hide upstream from them. What would happen if we took those ideas seriously and applied them to everyone universally?