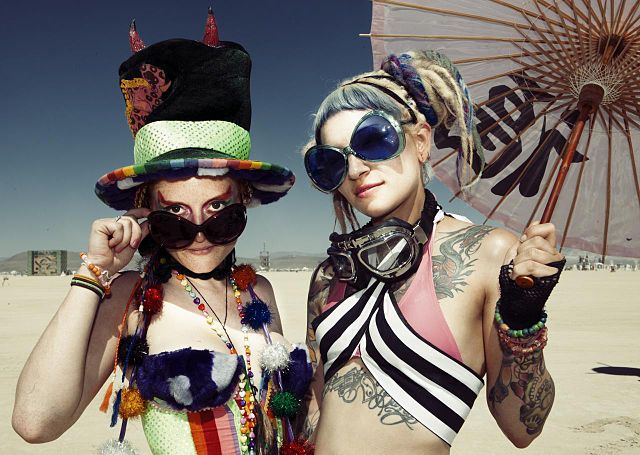 “Oh my God, you totally missed the most amazing experience ever!” Such was the unsolicited account of last week’s Burning Man event that 23 year-old Skyy Feinberg, a part-time events coordinator and aspiring circus performer, gleefully yet somehow condescendingly shared with fellow Philz Coffee patron Gretchen Lewelling, a 42 year-old cardiac surgeon exhausted from her 12-hour shift at St. Francis Memorial Hospital in which her patient had unexpectedly developed complications and died. “It was transformational,” she added, a mix of glitter and sand snowing down into her Yerba Mate as she tried to make prolonged eye contact with the disinterested Lewelling. “But of course an experience like that just leaves you so exhausted, you know? I mean physically. Spiritually speaking, it’s, like, mind-blowing.”

Like Lewelling, people all over the Bay Area are kicking themselves today for not spending last week dressed as an alluring version of a Dr. Seuss character and riding a fixie around the Nevada dessert looking for MDMA. “I know I missed out on the most epic, indescribably perfect experience ever known to man that will probably never ever again be repeated because by next year Burning Man is sure to be ‘too commercial,'” lamented Robert Cranston, a construction foreman from San Bruno. “But my rent was due,” he added. “Plus I’m black. Are we invited?”

“You just can’t describe it to someone who’s never been,” mused Kirk Temperstone, VP of Business Development at 500 Startups-backed CheeseHound, an iOS-based application to help people determine which types of fermented milk products their pets would find most satisfying. “Unless you use lots of abstract words and meaningless clique phrases. Plus, I met like 15 new investors. It truly is a spiritual experience. I did so many drugs.”

“It’s not about the drugs, though,” chimed Elise Gladwell. “It’s about connection and community and art and the Universe. Everyone is so creative, and on the Playa, we’re all One.” Gladwell was part of a team that spent the last eight months welding giant steel cilia onto an old school bus, finally dubbing it the “Rotifer Ride” and driving it from camp to camp dispensing Skittles.

“I guess a week of random sex would be fun,” agreed Jenna Barrimer, a repressed actuary in the San Francisco office of Marsh & McLennan. “Sure, it’d be risky, but when else do you get the chance to just let loose like that?” she wondered, exiting her one bedroom apartment at the corner of Turk and Jones. “Although with the sand and lack of showers…no, I’m sure those things aren’t a problem. Boy, did I miss out!”

Not everyone lets the sand bother them, though. “I just had my pilot fly me in via helicopter,” boasted a 47 year-old multi-millionaire venture capitalist from Atherton who has always wanted to be friends with famous musicians and was dying to have his name mentioned in this article. “Look,” he said, “I’m free to be who I really am!” gesturing to his super-creative feather boa and fuzzy sandals.

The aptly named week-long event ended Saturday evening with the torching of a large wooden effigy of a man and two days worth of bumper-to-bumper traffic on California Interstate 80. Next year, dude, you should, like, totally go.