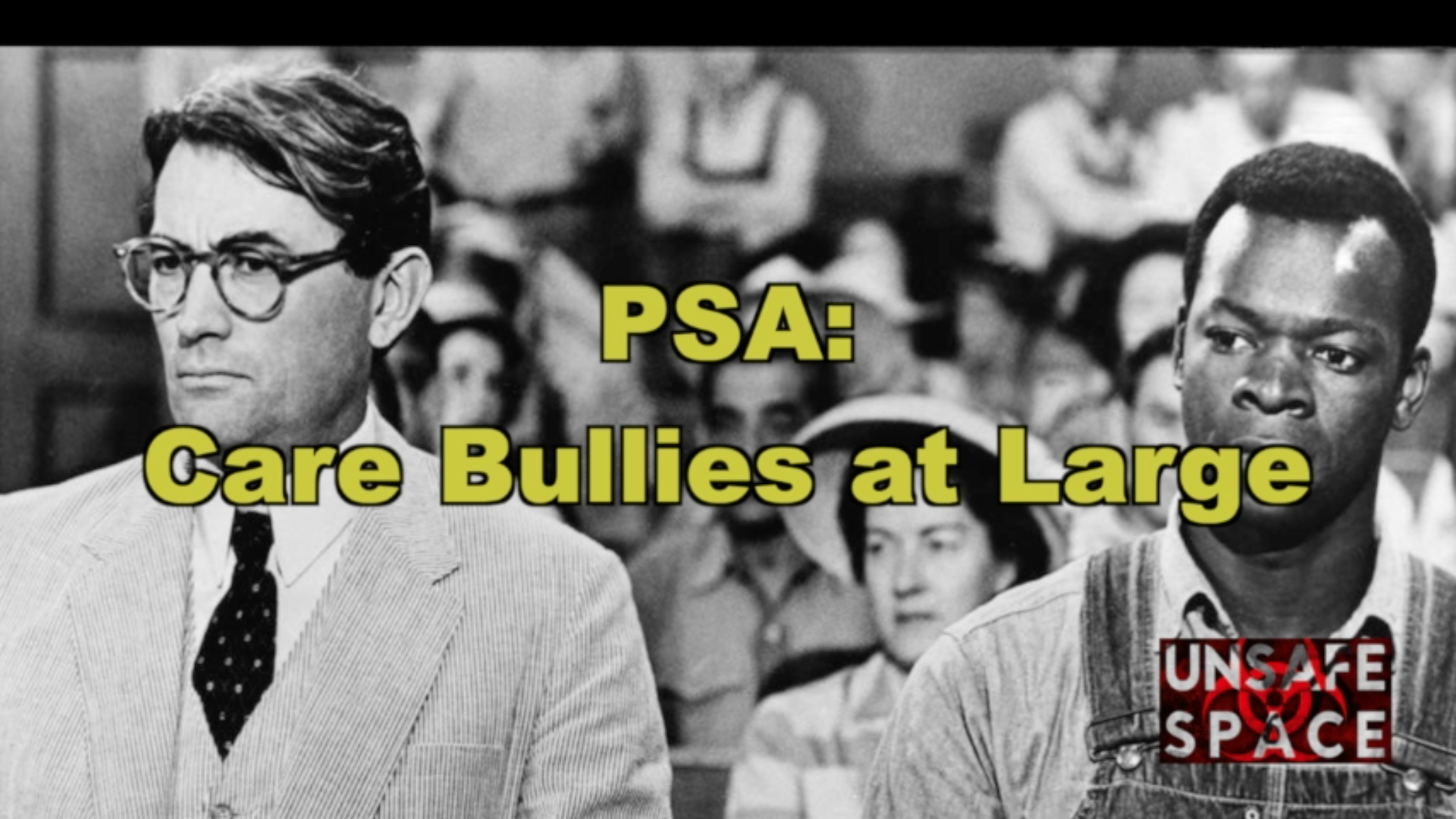 In this episode, I talk about the “care bullying” phenomenon in which emotional manipulation and threats are used in place of arguments. Once you know the format, you’ll see it everywhere. A written version of this PSA can be found below.

If you cared about the health of the poor and middle-class, you’d support single-payer health care.

If you cared about our children’s future, you’d support free college tuition.

If you cared about workers, you’d support a Federal jobs guarantee.

Day in and day out, the authoritarian left and their groupies in mainstream media and Hollywood inundate our Twitter streams, Facebook feeds, and Google News pages (and anywhere else they can find us) with messages like these. The glaring subtext?

If you cared about X, you’d be on my side regarding Y.

Make no mistake, this isn’t an argument, and it’s not meant to be. It’s a threat. Its sole purpose is to intimidate you into shutting up and falling in line on any one of a myriad of issues. It’s about manipulating your feelings. No one who actually cares wants to be perceived as cold-hearted; as not caring even one iota about survivors of sexual assault, or the poor, or children. The purpose of the threat is to imply that if you don’t agree, everyone will think that you don’t care. You’ll be publicly ridiculed as an irredeemable, uncaring slime, and promptly adorned with your virtual scarlet “A” (only this time the “A” will stand for “asshole”). You’ll be a pariah, and you can kiss your social life goodbye.

Instead of falling victim to this kind of emotional blackmail—which I call “care bullying”—if someone tries this tactic on you first stop and ask yourself a few questions:

Unsurprisingly, these care bullies aren’t actually about caring. All they really want is for you to pay lip service to their conclusions, or at the very least shut the hell up so they can go on bullying other people. Since their premises aren’t true to begin with, pointing out the hypocrisy of care bullies is generally trivial. #BelieveAllWomen? Great, how about Juanita Broaddrick and Karen Monahan? Do you want us to believe them, too? Then again, what about Emma Sulkowicz and Crystal Gail Mangum? You asked us to believe them, but didn’t they turn out to be disgusting liars trying to promote themselves and their leftist agendas? Care bullies never have decent responses to these questions.

So the next time you encounter them, stand up to care bullies. True, if you don’t capitulate to them the authoritarian left may try to force you to wear a scarlet, “A,” but if they do, you’ll be in good company. Besides, once you call care bullies out on all their hypocrisy, the letter “A” can feel surprisingly comfortable.