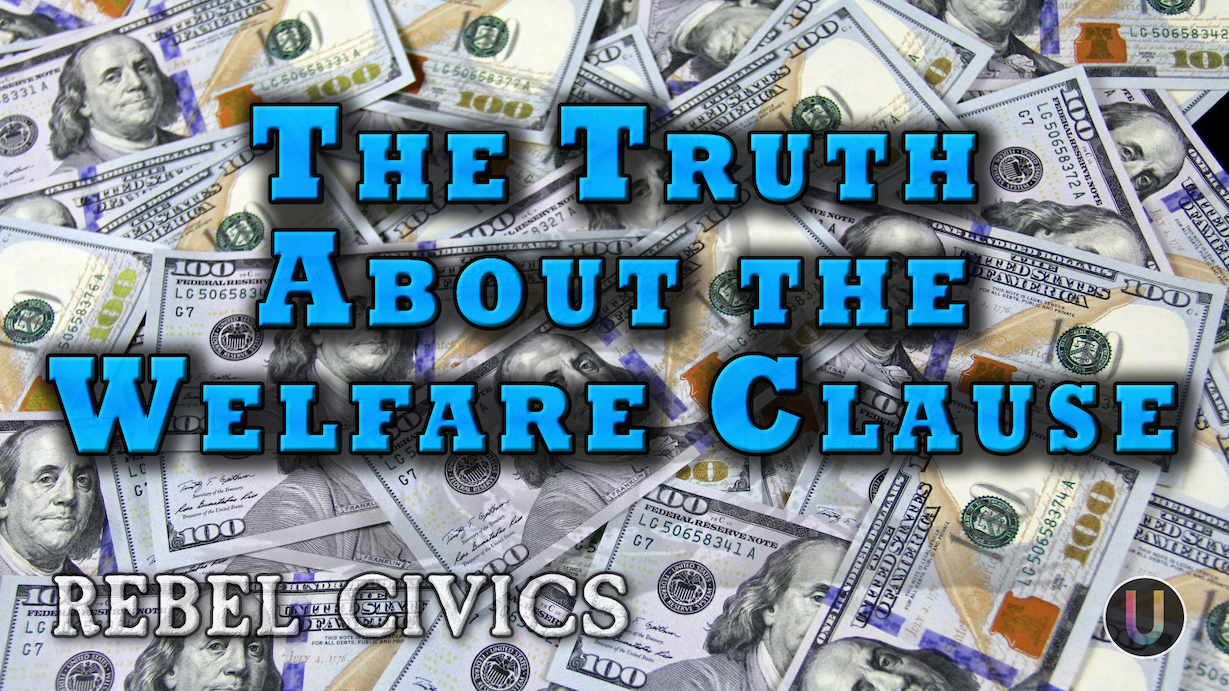 The Truth About the Welfare Clause

The Constitution’s “welfare clause” is frequently used to claim the federal government can lawfully fund 80+ social welfare programs. This claim requires ignoring the Constitution’s limits on the funding powers of Congress. Keith explains why the claim is both false and absurd, why every federal welfare program is unconstitutional, and why nearly $1T/year in unlawful federal spending would be eliminated if Congress abided by the contractual legal requirements they have sworn to uphold.

UncoverDC Article: The Truth About the Welfare Clause
https://www.uncoverdc.com/2022/12/19/the-truth-about-the-welfare-clause/

Liberty Block article: The Truth About the Welfare Clause
https://libertyblock.com/the-truth-about-the-welfare-clause/

Newspaper Article: “The US Constitution favors the liberal left”
https://www.tcpalm.com/story/opinion/readers/2018/11/27/letter-us-constitution-favors-liberal-left/2112547002/

Hosted by Keith Bessette, Rebel Civics covers the principles of society and government, the ideas upon which America was founded, the history of the development of these principles, and current events in relation to them. Rebel (n): A person who is disobedient to unjust authority and stands up for fundamental principles, despite conventions and the opinions of others.