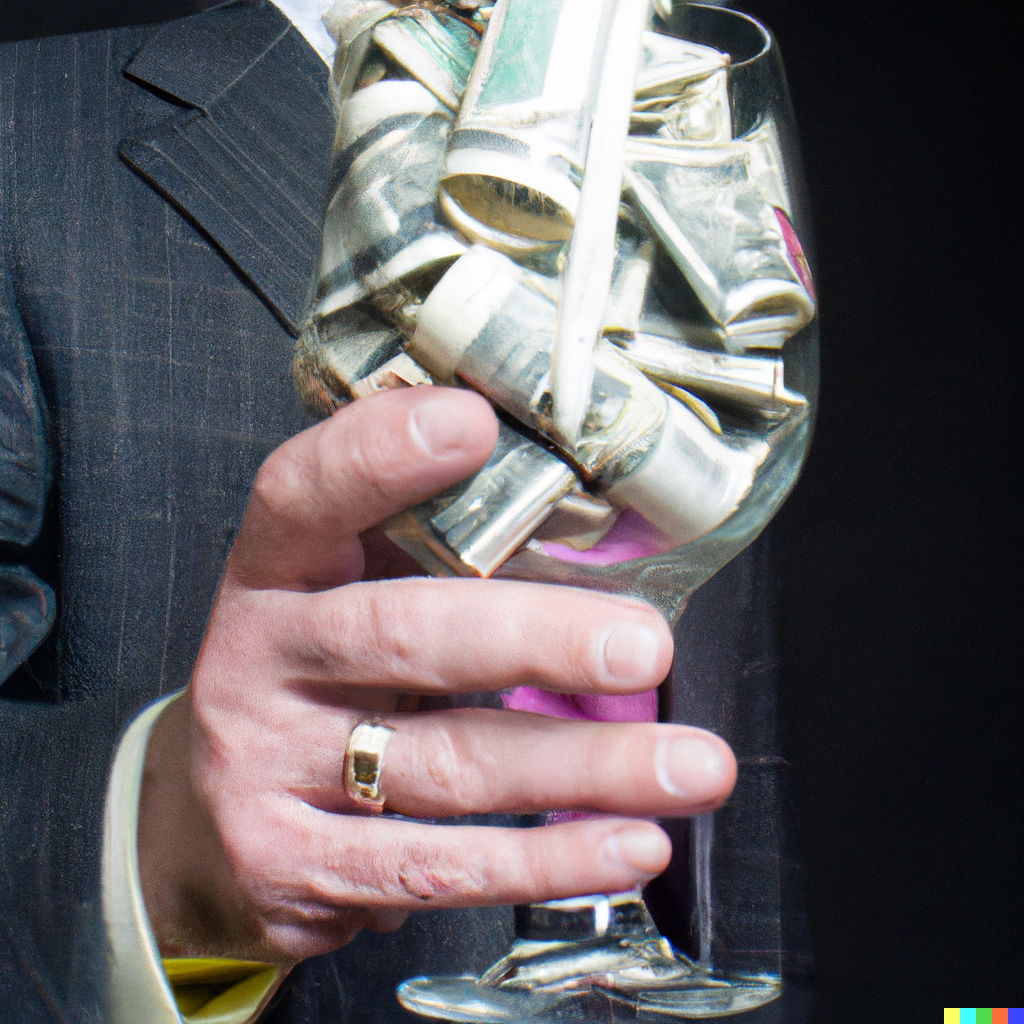 Sorry about all that inflation

The Earth’s top economic experts, the Board of Governors of the Federal Reserve System, released their December personal consumption expenditures (PCE) “inflation” forecast for next year: 2.6%.

The June to October 2022 PCE reported actuals varied between 6% and 7%. The Fed is the supposed authority for forecasting and measuring the cost of living for Americans, yet the real number looks to be far above both the 2021 estimate and the latest Fed reported PCE for anyone who has to pay their own way using their own money. How much? I don’t know, but 3/4 of a cart of groceries earlier today cost $380, and we used a bunch of buy-one-get-one-free sales and coupons. It’s well over 2.6%, and well over 6%, but calculating the actual is difficult in the face of all the government/media MDM (mal-, dis-, and mis-information). I would estimate that the 2.6% Fed forecast of a 2022 increase in what things cost is low by 5-10X.

“Sorry about that, folks!”

–paraphrasing every Fed Chairman since 1913, on his way to the bank

For those that believe the experts at the Federal Reserve know how to do their job of “maintaining stable currency” –and are telling us the truth– expect the PCE to magically drop to 2.1% in 2024.

The Federal Reserve forecast predicts the effects of what the Federal Reserve did the last few years, along with the effect of what they intend to do over the next year. They are forecasting themselves. These are the scam artists/economists who control the US money supply and supervise banks. They provide “certain financial services” to the government and to US and foreign financial institutions. Part of their game is “playing a major role in operating and overseeing the nation’s payments systems”.

The Fed’s forecast is from people who use underhanded tricks (“tools”) to increase the number of US dollars in circulation based on whatever Congress and the President dream of doing to buy power and votes. “Printing money” is the colloquial term for the purpose and role the Federal Reserve plays in the economy.

When the Federal Reserve provides two-digit accuracy forecasts of consumer prices, assume they a pulling a number out of their ass for political reasons, or they are lying, or both. My vote is for “both”.

The Fed’s shenanigans inflate the currency, increasing the number of dollars chasing the same goods and services. Their actions cause the side effect of a rise in the government’s PCE calculation of overall consumer prices. The side effects raise the number of dollars needed to buy goods and services, including those not in the official PCE. This rise in apparent cost to downstream consumers is often falsely referred to as “inflation”.

Inflation is an expansion of the money supply.  In “Inflation: An Unworkable Fiscal Policy” Ludwig von Mises defined inflation as “increasing the quantity of money and bank notes in circulation and the quantity of bank deposits subject to check”. An expansion of the money supply results in the side effect of an increase in the number of dollars needed to buy goods and services. The effect on “prices at the pump” lags the actions of the money supply expansion. In 2022, we are primarily seeing the effects of what the Fed got away with over the last couple years, along with a bit of fear/planning surrounding the substantial industry now dedicated to guessing what the Fed might do next. Looking at what the crooks did printing money during the War on The Virus, with help and support of Congress and the war-time presidents Trump and Biden, data from about the middle of 2021 is predictive for 2022.In “Money Printing and Inflation: COVID, Cryptocurrencies, and More”, as of March 2021, Nasdaq financial advisors supplied the data. “All-in money printing totaled $13 trillion: $5.2 for COVID + $4.5 for quantitative easing + $3 for infrastructure. Mountains of money cause inflation.”

The recent increase in the number of dollars needed for groceries, for example, is primarily caused by the actions of the Federal Reserve expanding the money supply. So eggs cost more in December 2022 than a year ago. The number of American chickens didn’t change enough to matter. With a lot more dollars chasing the same number of eggs, more dollars per egg are needed. In a free market the 2022 egg price increase we saw would have required half the chickens suddenly dying and no new chicks born to replace them. It was not Putin, not the Muslims, and not greedy chicken farmers. Congress, Trump, and Biden were part of the scam, but only because the Federal Reserve exists for them to use.

The actions of the Fed resulted in eggs taking more dollars to buy in December 2022 than they took in December 2021. Who benefits from this scam? The people who get to use the Fed’s newly printed dollars first. The scam’s beneficiaries are the government, big banks, Wall Street, government contractors, and anyone else closely tied with the government. Because the drop in purchasing value of the newly printed dollars lags the date of printing, those who get the counterfeit cash first get to use it at the old value. The value of the dollar drops over a few-year period, in response to the Federal Reserve’s increase in the circulating money supply being used to buy the same available amount of goods and services.

Throw in the help of a few wars, and military contractors with first access to the newly printed dollars make out like bandits, as participants in the scam. The bandits in this example are the Fed, Congress, presidents, and the Pentagon. Northrop Grumman and Lockheed Martin are working the system as part of the team, but without the Fed and Washington DC’s corrupt and evil scam they would have no system to work.

The stocks of Lockheed Martin (up 36% YTD) and Northrop Grumman (up 37% YTD) are a side effect of the “services” the Federal Reserve provides. In a sound money system Northrop Grumman would not be up $145 per share this year.

The history of sound money, fiat currency, going on and off the gold standard, the reserve banking scam, and creation of the Federal Reserve from the secret Jekyll Island Georgia “duck hunting” planning trip is the story of one of the biggest theft rings ever perpetuated. The Fed crime family now has over a century of theft behind it and remains going strong. Bernie Madoff and Alexander Hamilton must be looking down from above in awe of the incredible central bank scam that has been foisted on Americans and the world, one beyond their wildest dreams.

On this week’s Rebel Civics episode on Unsafe Space “Inflation and The Fed v. The Constitution,” I go over the history of the Federal Reserve. I explain why inflation is an expansion of the money supply, why consumer price increases are simply a side effect, and how the scam the Fed has orchestrated since 1913 is the cause of the destruction of the value of the US dollar. This was on purpose, folks – it’s a feature, not a bug.